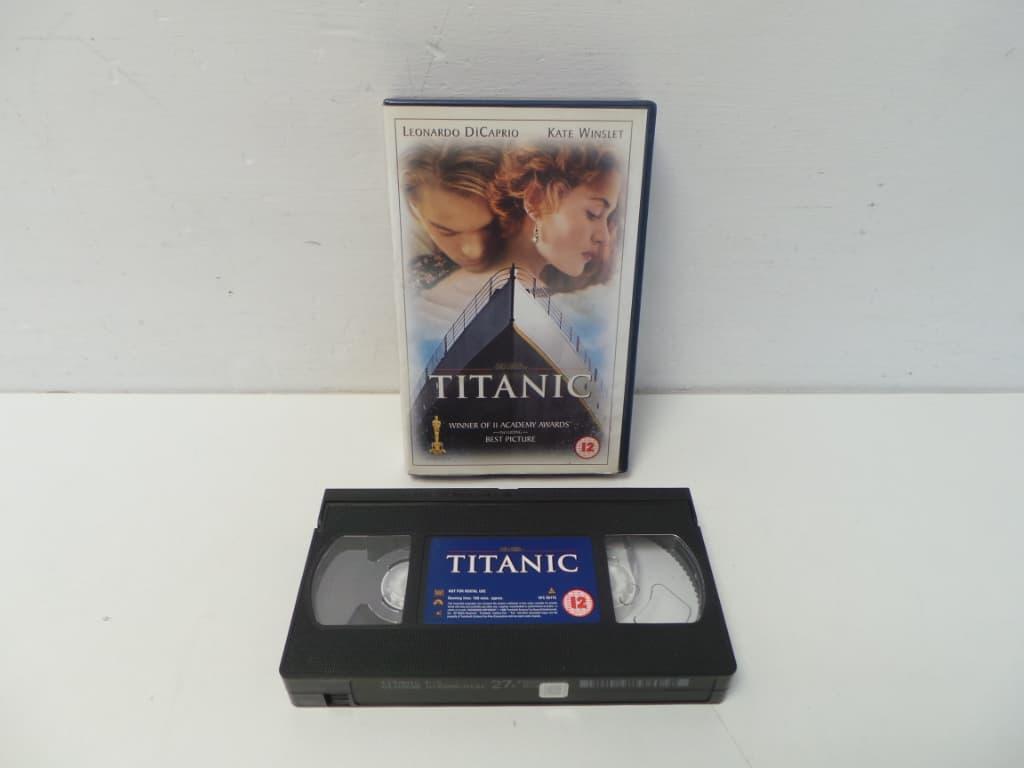 A second hand Titanic VHS video cassette that comes in the original case and is in generally very good condition albeit with some discolouration to the paper sleeve cover.